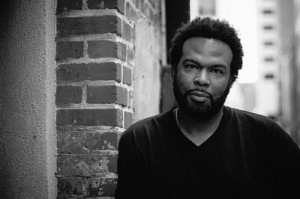 Award winning recording artist and producer Antonio Neal makes his Madison Line Records debut with Welcome Home, a 7 song EP set for release on October 21st. This release denotes a new beginning for Neal as he now heads the label and oversees day to day operations.

As an artist, writer and producer, he has sold more than five million albums having worked with Stacie Orrico, Kierra “Kiki” Sheard, and Tyler Perry on his Diary of a Mad Black Woman soundtrack. Neal won two Dove Awards as a songwriter on “There Is Nothing Greater Than Grace” by Point of Grace and a Dove Award as the producer on This Is Me by Kierra “Kiki” Sheard.

At the heart of Welcome Home is the message of reconciliation.  “It’s the Prodigal Son–that’s the idea of Welcome Home, but it’s not just the parent-child relationship,” Neal says. “It encompasses many different kinds of relationships–with God, the Church, family relationships, friendships, even romantic relationships between husbands and wives.